Interview with Athol Chester at his home in Mandurah 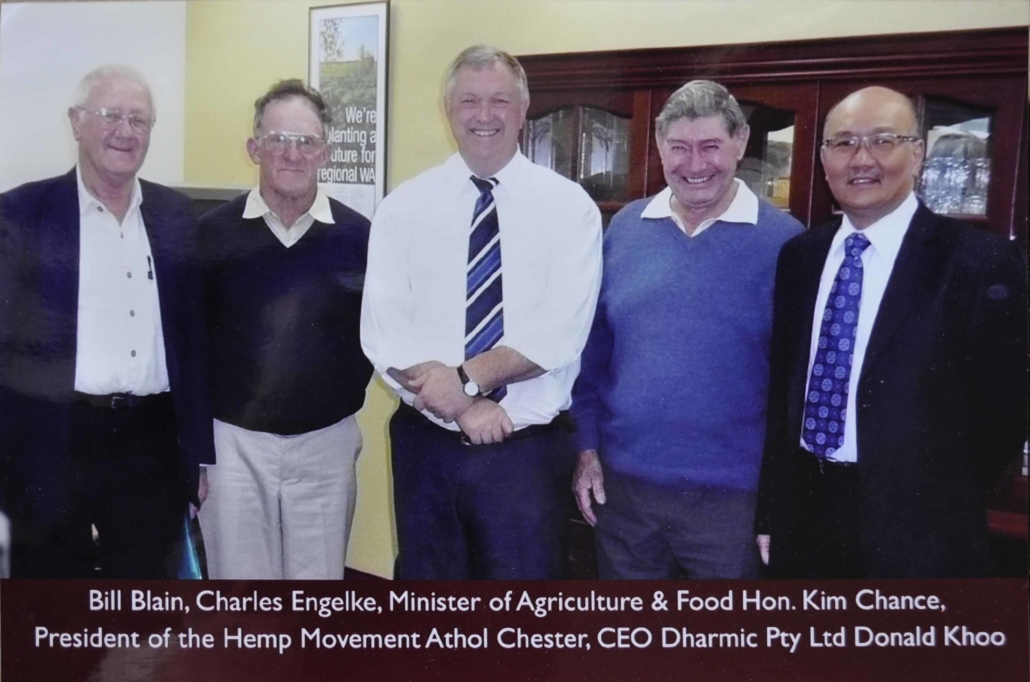 One of the founding fathers of the hemp industry in WA, an inspiration at 90 years young, Athol Chester is a true blue Aussie battler. All his adult life, together with his wife Francis he has been in actively challenging the status quo, seeking improvements and striving to provide solutions for the betterment of the men and women on the land.

For more than two decades he has been proudly flying the hemp flag, encouraging people to take notice and get the hemp industry up and running. Athol is the embodiment of tireless determination, they can take the land from the farmer but you can’t take the farmer out of the man.

Born 31 October 1930 and raised by his folks with his 3 siblings, on a farm at Paynes Find in the eastern wheatbelt. At age 21 he met Francis, they Married in 1952 and had 3 children, Janet, Dennis and Peter.

They managed the family farm working with the environment until the bank called in their loan using the government wheat quotas to remove them from their home and steal their land. Not to be discouraged, The Chesters found another farm at Cleary in need of stewardship and they moved onto the land, working hard to reestablish the farm, there was nothing they could do the year drought visited the region but they endured. Ultimately it was the wheat quotas which couldn’t be filled causing their family to lose everything to the bank again.

Athol told us, “After we lost the Cleary farm and then the Bonnie Rock farm in 1988 we moved into Mandurah. The town and people have been kind to us. The friendly owner of the hemp shop in town would always talk to me about hemp but I would tell him, ‘It’s a drug – that’s it’, until one day he handed me a flyer and urged me to read it. It was titled ‘Billion Dollar Crop’ it changed my view and to this day I am still doing what I can to get the hemp industry up and running here in WA.”

Athol speaks fondly of his deceased beloved life partner Francis Chester, “She was a good woman and a great cook, a supportive wife and a wonderful mother. She was the secretary of the Water Council working with Ray McFarlain for 10 years, their mandate was ‘Water on every farm’ and then ‘Power to every farm’.” 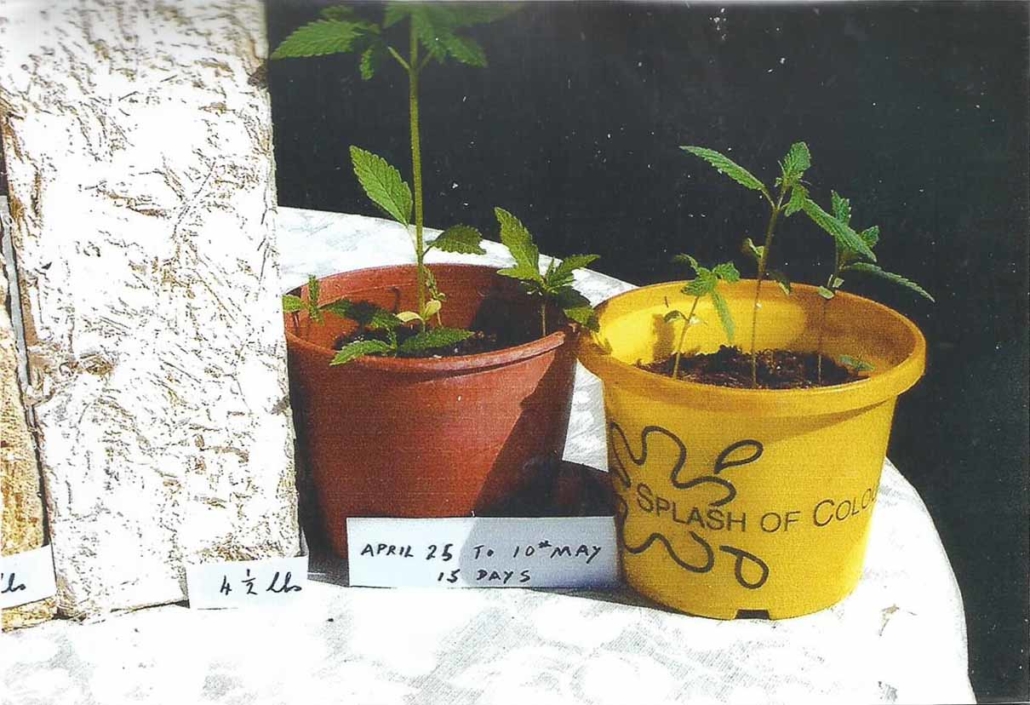 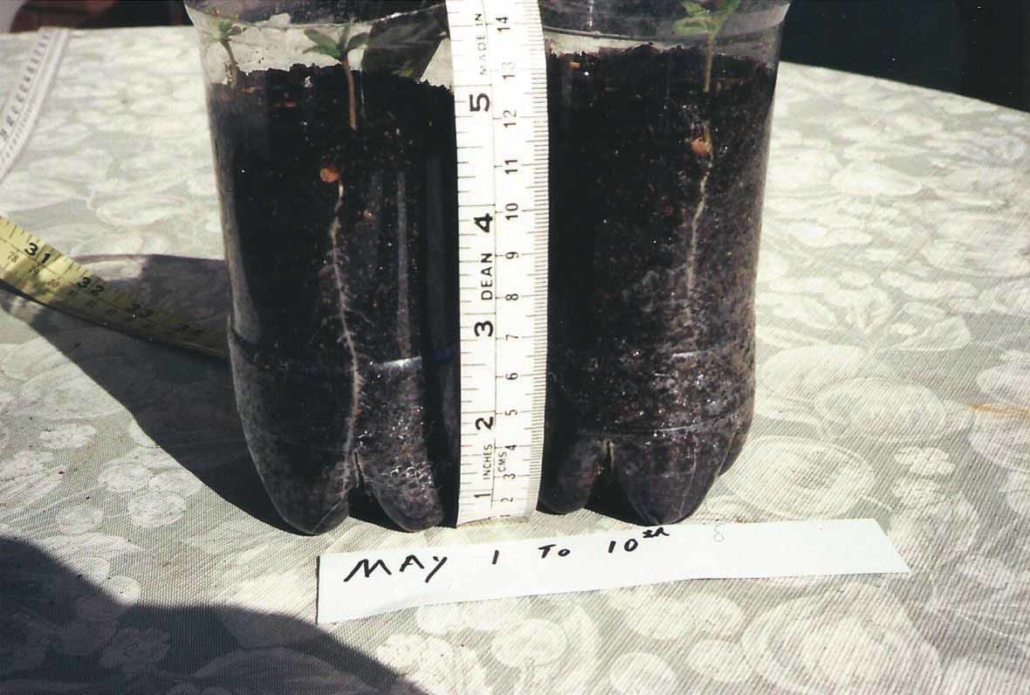 “Francis was offered a florist shop to manage, which she did exceedingly well. By this time I had some hemp seed in my possession and was propagating hemp seedlings out the back and offering the pot plants to the local ladies for their gardens. Around that time 4 or 5 gentlemen from the Drug Squad visited me one day, not tapping me on the shoulder but to the contrary, patting me on the back. Curiously, I was not discouraged and our off radar, relationship was maintained for sometime.” 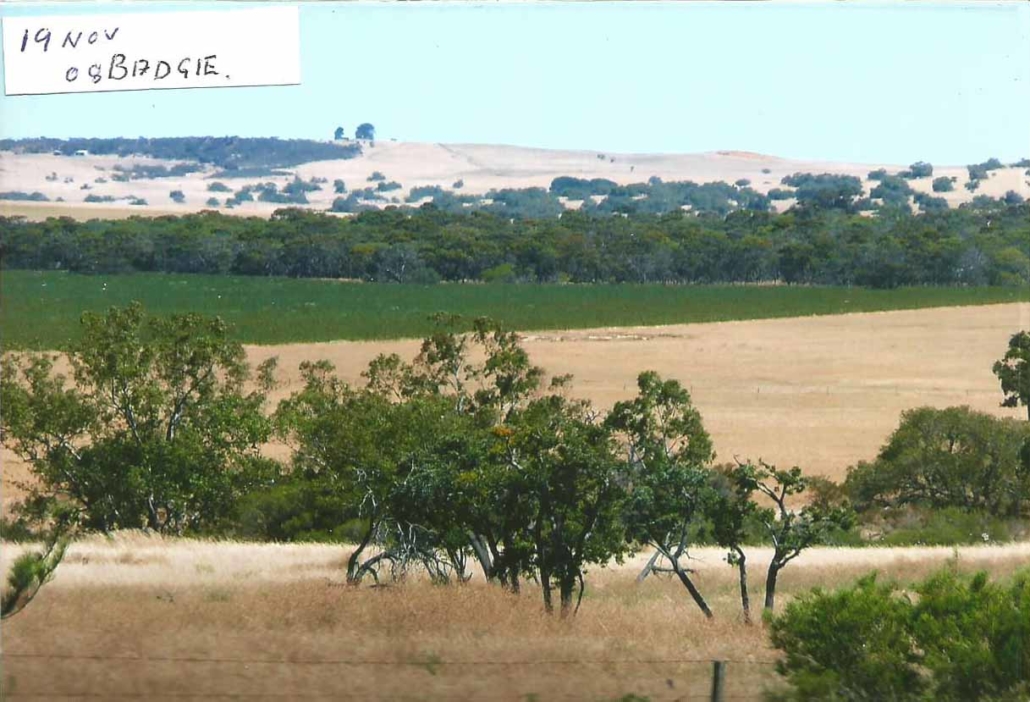 Broardacre crop, starkly green amongst the other fields 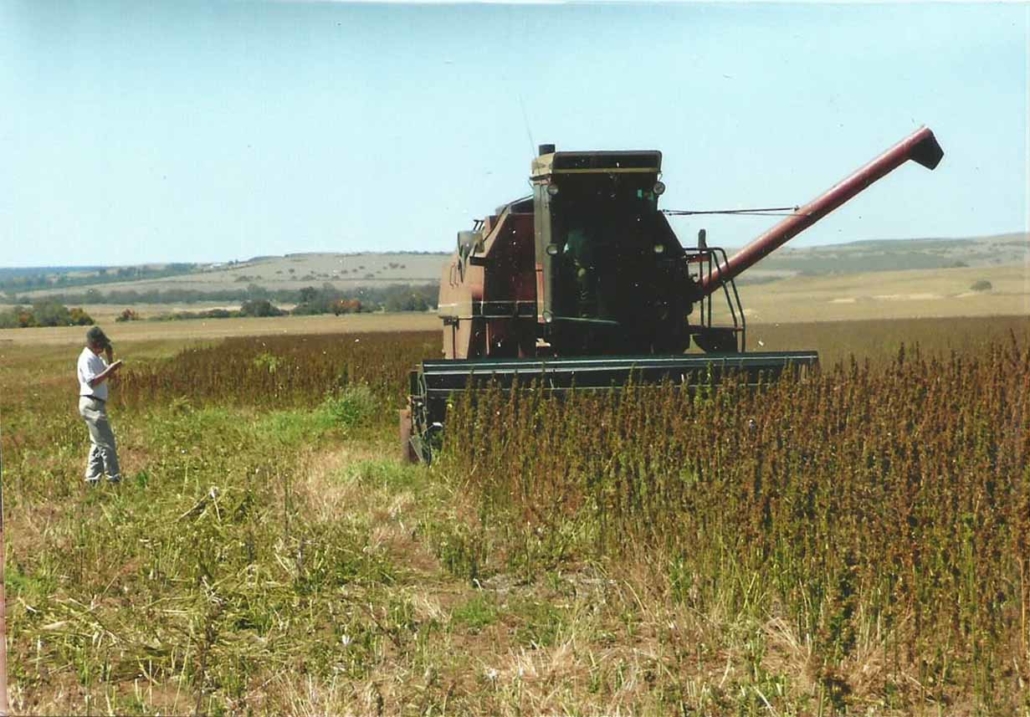 Harvesting the broardacre for seed

A short list of Athol and Francis’ positions and achievements:

In your experience what could be done at ground level?

“We need to reclaim land; Our agricultural practices have changed the landscape, clearing too many trees and have effectively raised the water table creating a growing salinity concern. My off the record trails, planting young hemp plants in place of young salt bushes on the perimeter of a salt lake, clearly showed how adaptable and resilient the plant is as they grew so big they were easily spotted by the Ag dept who came and destroyed them. I would love to see a scale trial done to see how much the salinity and water table can be altered.”

Can you tell us more about your ideas for processing hemp?

“There are dozens of seed cleaning facilities throughout the wheatbelt see map, they are only in use seasonally, they could be used to clean hemp seed and with some alterations have the potential to separate hurd from fibre.” Athol makes the suggestion that large blowers could be used onsite to separate the dust and seeds using a large shadecloth tent or shadecloth backdrop to catch and separate various parts of the plant which could then be rolled up into hay bales and stored and transported in this way until required. 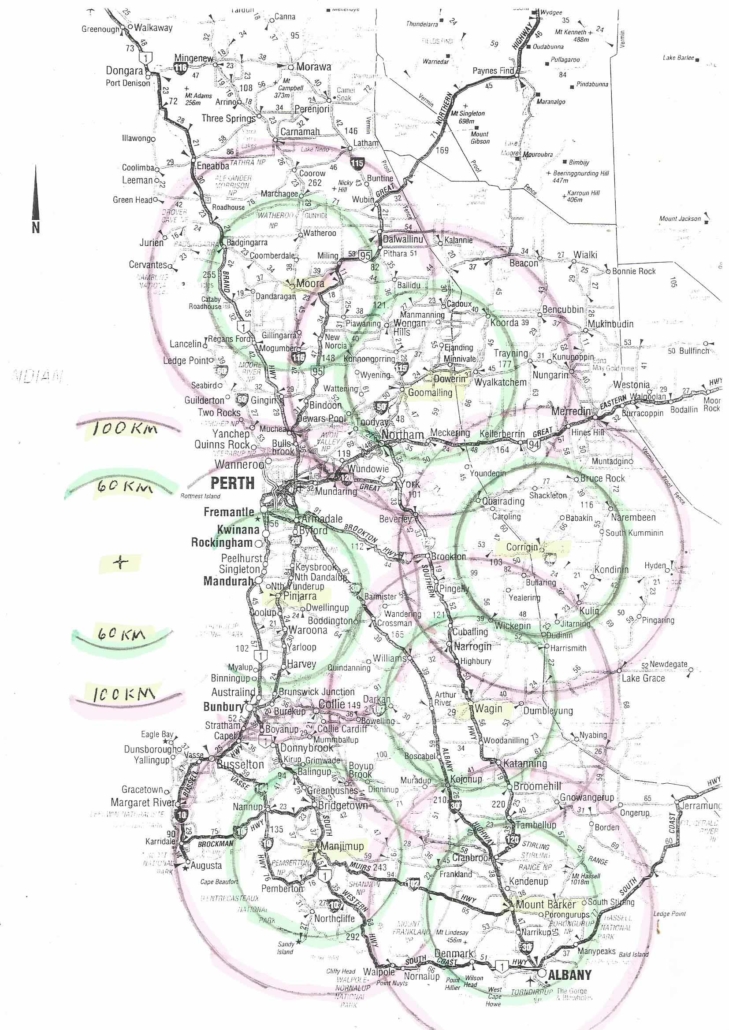 Looking at the big picture, what could we do to support the industry at a fundamental level?

“While banks and insurance companies work for external shareholders there is room for improvement. A collective bank / insurance co-operative funded and run by the farmers is a practical and implementable solution.”

Athol dwarfed by the crop the Ag dept couldn’t grow 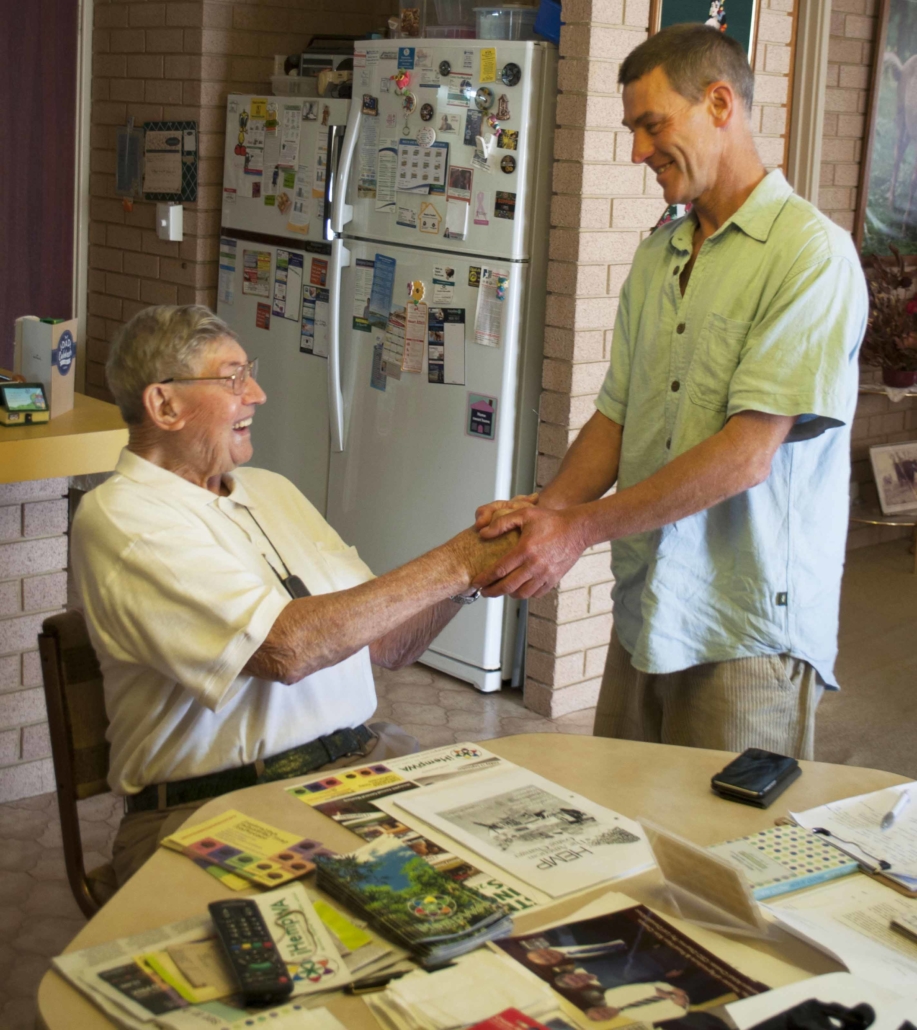 When we asked Athol to share with us his tips for a long happy life, he simply said “Health is akin to happiness, and vice versa.” And he went on, “It’s the reason I’ve never smoked… and I’m too old to start but I sometimes wondered what smoking the plant would do for me”

David Chick of iHempWA respectfully thanking Athol for his time, stories and his selfless efforts to establish the hemp industry in WA

Popular
Recent
CBD – Why the Hype