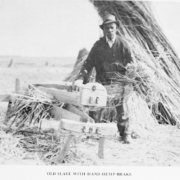 Historically harvesting and processing of hemp was a laborious manual task and it was all about the seed for food and cropping, the fibre for rope, sails and other textiles.

The harvested hemp seed needs to be dried and cleaned before being stored cool and dry with minimal air exposure to reduce oxidation and maximise the life force within. Under the Industrial Hemp Act 2004, whole hemp seeds can only be sold by and purchased from Industrial Hemp Licence holders. Only denatured seed, processed to a degree that deems them unviable for propagation (possibly for fear of people growing their own food and remedies) can be legally sold as food to the consumer. Common processes include; roasting, dehulling and cold pressing for oil. Hemp seed oil is good for us internally, externally and environmentally as a biofuel. The additional processing set up and costs need to be considered before choosing to grow hemp for the seed market.

When we have a working seed processing and stem decortication facility farmers will have another good reason to grow hemp. 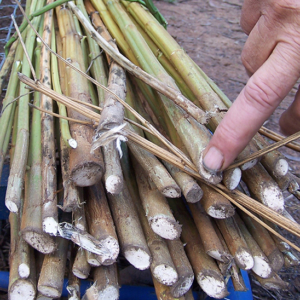 Traditionally, hemp stalks would be water-retted first before the fibres were beaten off the inner hurd by hand, a process known as scutching. As mechanical technology evolved, separating the fibre from the core was accomplished by crushing rollers and brush rollers, or by hammer-milling, wherein a mechanical hammer mechanism beats the hemp against a screen until hurd, smaller bast fibres, and dust fall through the screen. After the Marijuana Tax Act was implemented in 1938, the technology for separating the fibres from the core remained “frozen in time”. Recently, new high-speed kinematic decortication has come about, capable of separating hemp into three streams; bast fibre, hurd, and green microfibre.

The hemp stems offer us three raw products, Fibre (bast or long, thin bark), Hurd (shiv or aggregated inner core) and Microfiber (the fines). The separation of hurd and bast fiber is known as decortication.

Exciting times for the industry in Western Australia

Very exciting news; there are groups of people, within the industry, working to make hemp processing in WA a reality.

This is very exciting on many levels, especially from an horticultural perspective. There has been some trepidation from farmers looking at the emerging crop and rightly so, for without established processing manufacturing opportunities lay dormant and it’s very difficult for the consumers to support the industry. Looking at an incomplete supply chain is cause for concern.

Thanks to the WA industry leaders who are building the pathways to connect and complete the supply chain.

This growing season could see Margaret River establishing itself as the hemp capital of Western Australia, if not the southern hemisphere.